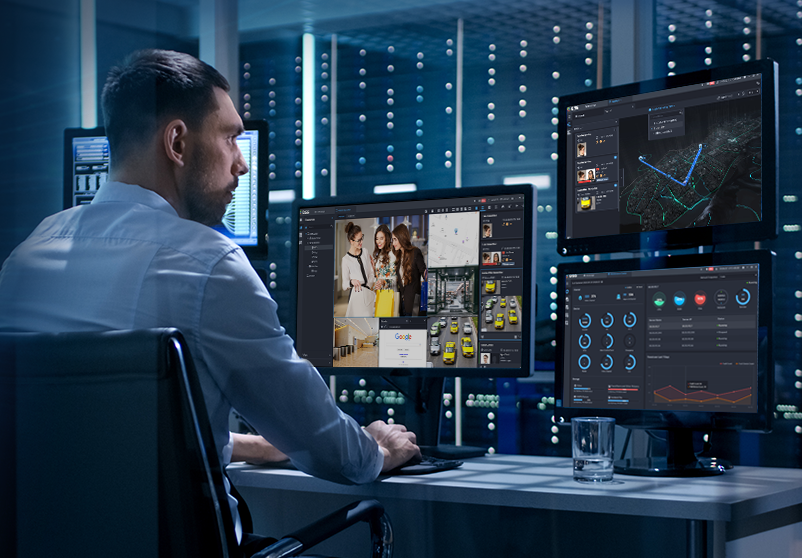 DSS 8.0 is designed for ease of use, efficiency, and flexibility. Multiple deployment methods allow for more customization: cloud deployment is supported by AWS and virtualization software is supported by VMware. Device access methods are diverse: IP, P2P, DDNS, and Auto-register, giving the user several options for compatibility with third party devices.

“Version 8.0 gives users greater control over how they utilize the DSS VMS and lets them easily integrate it with third party devices, while not having to worry about security or user-friendliness,” remarked Damon Chou, solutions product manager for Dahua USA. “It takes a low investment, both in cost and server requirements, to get started with DSS and users can easily scale as they go.”

The DSS 8.0 interface is available in more than twenty languages and features a revitalized UI/UE design that is simpler, more responsive, and more colorful. The new application design is based more firmly on actual business cases, which Dahua calls “3 + 2 + 1 + n.” The applications are grouped into modules, with the “n” signifying the capability to include future modules. The first module has three applications: Monitoring Center, which unifies live view and playback, Event Center, which provides an analytics dashboard for real-time and historical events, and DeepXplore. DeepXplore makes target search faster and easier by implementing intelligent retrieval of human and vehicular targets.

The second module consists of Access Management, which includes access control, video intercom, visitor management, and attendance management, and Vehicle Entrance and Exit, which manages vehicle ingress and egress through functions such as License Plate Recognition and parking space information. The final module is the Maintenance Center, in a revamped format that is easier to maintain and ensures greater stability. The Maintenance Center gives a visual on the health of the platform, showing the status of equipment, channels, and services, as well as automatically sending reports.

For peace of mind, DSS 8.0 was created for application security, privacy, network security, and data security. The storage duration of each video channel can be configured and there is secure encryption on network transmission, storage, download, and export. Three-tier user authority employs hierarchical management to let administrators define different levels of access.

Finally, the investment required to implement DSS 8.0 is low and the software is easily upgradable, with purchase-on-demand functionality. DSS Express can support up to 256 channels with licenses; DSS Pro can support up to 2,000 channels per server with a maximum of 20,000 channels with a distributed setup. The improved architecture of DSS 8.0 reduces the load on the server, and cascade expansion allows for a phased investment. This means that the system can be built in stages – and with different DSS models – without dismantling the existing system. Overall, DSS Version 8.0 gives users improved functionality and greater return on their investment, letting them manage their security system with greater confidence and efficiency.