Designing a Warehouse Security System for Reliability and Scalability 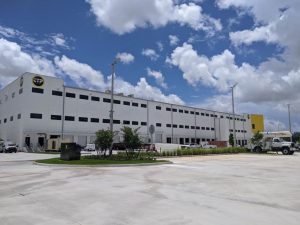 When you have a facility spanning more than 300,000 square feet, how do you get the security coverage you need, manage it efficiently, and have peace of mind that you won’t lose any data? Costex Tractor Parts of Miami, Florida contracted E.G. Telecommunications & Technologies, a security and telecom installer, to deploy a full Dahua security solution that was scalable, easy to use, and dependable.

Costex Tractor Parts has a forty-year history as a distributor of replacement parts and engines for Caterpillar and Komatsu heavy equipment. When they were preparing to build a new, 350,000 square headquarters in Miami, Florida, they knew they needed a state-of-the-art security system that was designed, installed, and configured specifically for the facility. They relied on Evaristo Galvez, founder and president of E.G. Telecommunications & Technology (EGT&T), to deliver a solution that met their requirements and exceeded their expectations.

Before construction began, Galvez laid out a blueprint for the new security system. Due to the facility’s massive square footage, which included offices, the warehouse, and the parking lot, he decided to use fiber optic cable.

Additionally, Costex wanted to implement a system that was scalable – as their facility grew, they wanted to be able to easily add more cameras and storage devices and integrate them seamlessly with the existing system. 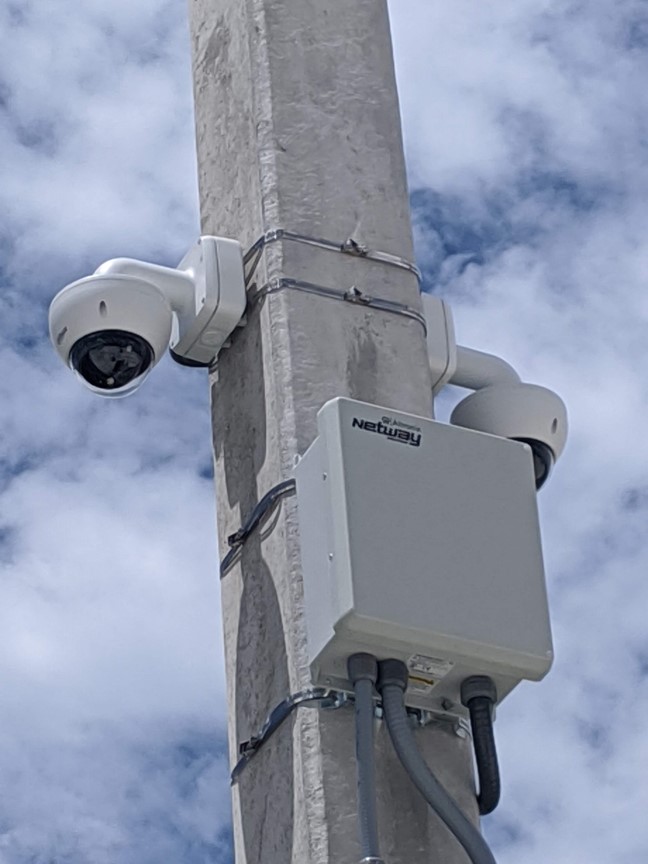 EGT&T had worked with Dahua before, choosing them for their high-quality products, economic price, and dependability.

“When a company gives you three years’ warranty for replacement and two more years for repair, that means you can count on them,” Galvez remarked.

Once he designed the system, Galvez turned to Luis Gomez and Greg Larson of Dahua Technology USA for product recommendations. Not only did they provide guidance on which devices would be best for the job, they also visited Costex with him to do product demos, and they were able to offer bilingual English-Spanish support.

“I appreciate the support I get from Dahua,” Galvez said. “They came with me to the building when I started working on the deal – their live demonstration was really important. When spec-ing a project, you can write everything on paper, but people want to see reality. Dahua came with a demo system and Costex got to see everything.”

“We were excited to be a part of it from the beginning,” Larson remembered. “Everything in the building, from the light switches to where the cameras go, was very thoughtfully planned out. Costex’s leadership team was very detailed in knowing that everything that was going in in that place, and we wanted to create a reliable system that met complex needs while being easy to use.”

These transmission devices are layer 2, managed, PoE switches that have two 1000 base combo ports and two 10/100/1000 base T-ports compatible with fiber or Cat5e/6. Galvez chose these switches due to their fiber capabilities and straightforward integration: they integrate with the web management portal to make system supervision easy, and the Discovery feature lets the switches discover cameras and recorders quickly and automatically.

Dahua’s DSS Express allowed Costex managers the access they needed to manage their specific departments. “We were able to provide nine client stations, each with the capability to access about 20-30 cameras that covered their department – and not access cameras of other departments,” explained Gomez. “Each manager had access to their own cameras their office on a 50” TV with a client PC attached to it. At the same time, the Costex CEO was set up in his office so that he could pull footage from any camera.” 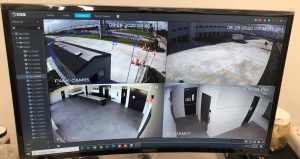 The DSS platform will let Costex access remote locations from the main location as their footprint gets bigger – Costex plans to expand into two more buildings and is already adding more cameras. With nearly 200 cameras, storage capabilities and reliability are crucial. The total storage requirement will be more than 240 TB. Upon Dahua’s recommendation, Galvez added a 16 HDD EVS (DHI-EVS5016S-R) to the system to create redundancy.

“This gave Costex a failover recording system,” said Gomez. “If anything happened to any of the NVRs or the mainframe, this let them keep recording.”

The 32-channel NVRs (DHI-NVR6A08-32-4KS2), each of which has built-in storage of 24TB and can accommodate up to 4K resolution, also have full redundancy on their hard drives. Gomez highlighted the significance of this configuration:

“If there is any damage to one NVR, you only sacrifice 32 cameras. We made sure that each recorder was receiving inputs from cameras in multiple departments – so if an NVR failed, Costex would never lose all the footage from a single department.”

Costex immediately noticed the benefit of their new Dahua system. During the construction of their new warehouse, a window shattered. Using the Smart Search feature of the NVR they were able to efficiently pull the incident out of three days’ worth of footage and prove that the window had broken on its own – and then claim the warranty on it. They also caught a construction worker who was causing damage and shared the incident with the construction company.

“Everything has been working perfectly and the system is reliable. Dahua gives us great support here: in no more than 24 hours we can fix anything having to do with the cameras,” remarked Galvez.

From being able to assign camera access to specific users, to knowing that their video data is backed up twofold, to being able to easily scale, Costex was happy with their Dahua solution, Galvez reported.

Costex was happy with EGT&T as well: they awarded the company with a certificate recognizing their outstanding work. “In appreciation of their valuable contribution in the construction of the Costex Tractor Parts headquarters,” it read. “Thank you for helping make our dream a reality.” 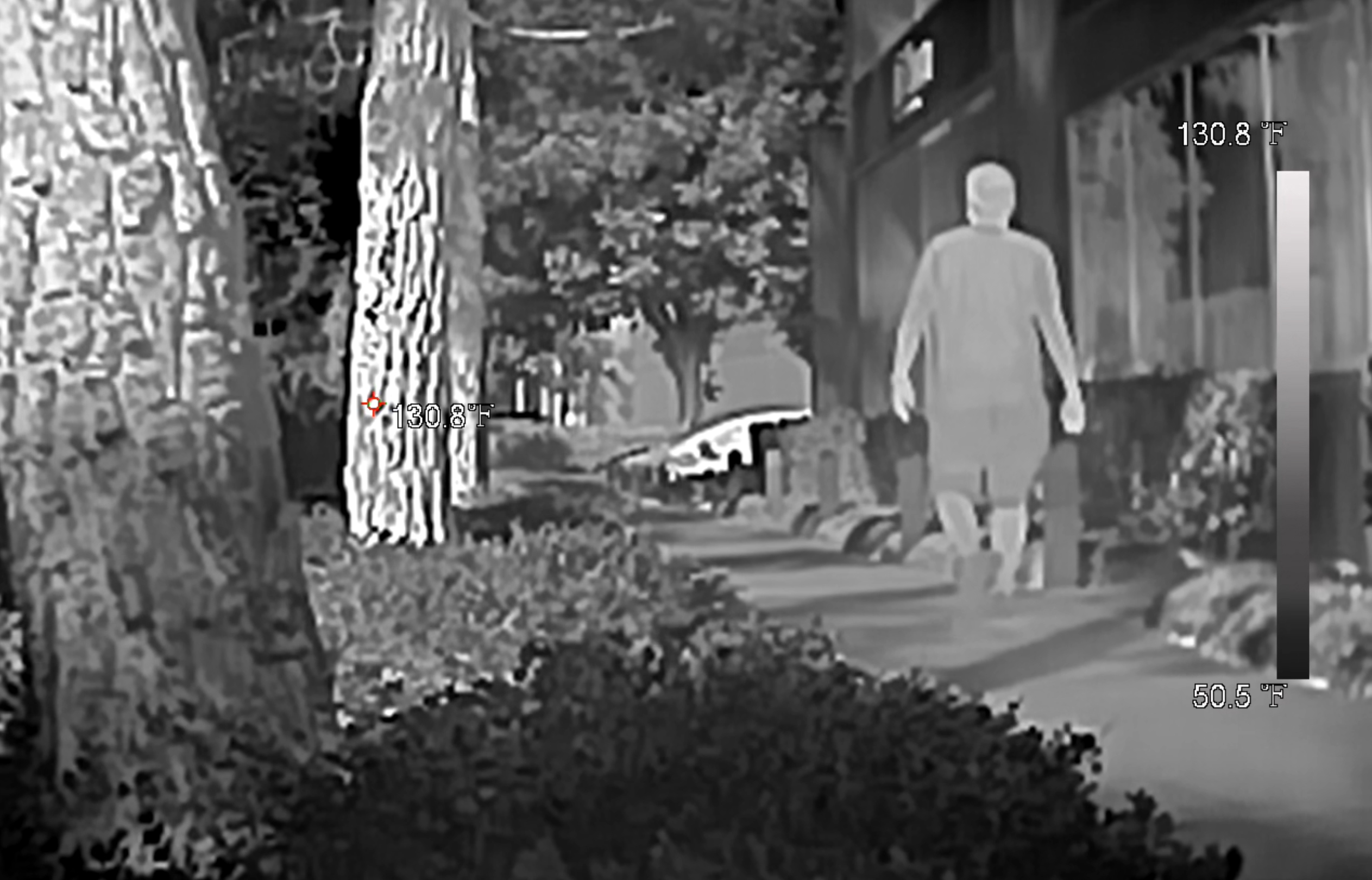