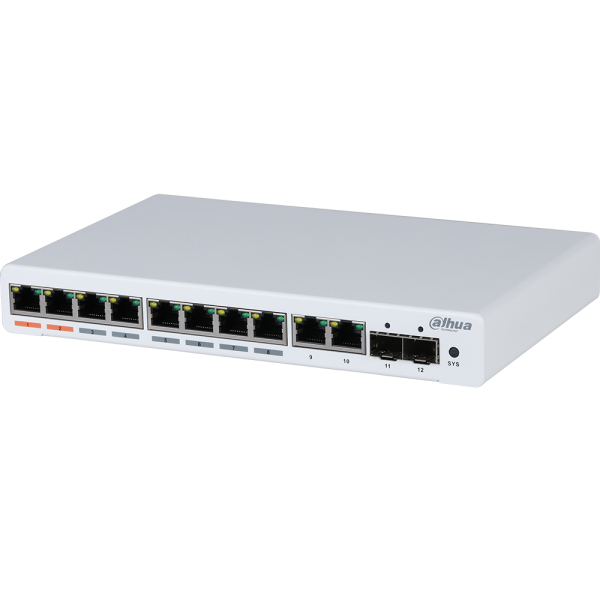 The 8-port managed desktop gigabit switch is designed for field transmission applications and for high-definition video. The switch is equipped with a high-performance switching engine, a large buffer, low transmission delay, and high reliability. The switch is housed in a sealed, metal case that offers low power consumption, fanless operation, and efficient surface heat dissipation. In addition to the eight (8) PoE ports, the switch offers two (2) Base-X ports and (2) standard uplink ports.

The switch features Intelligent PoE power consumption management to help keep the power and the data flowing, even when the switch experiences a power fault. Intelligent PoE monitors the power consumption of the connected devices, and in the event of large power fluctuations the switch shuts down one port at a time rather than shutting down all ports. Unlike typical switches that shut down all ports as once, this switch shuts down the highest number port first, then the next highest number until the switch detects the power consumption is below the PoE budget. For example, if the switch has eight PoE ports and each port is connected to a network camera, the switch disables port number 8 first, then subsequent ports until the power budget is below the threshold wattage.