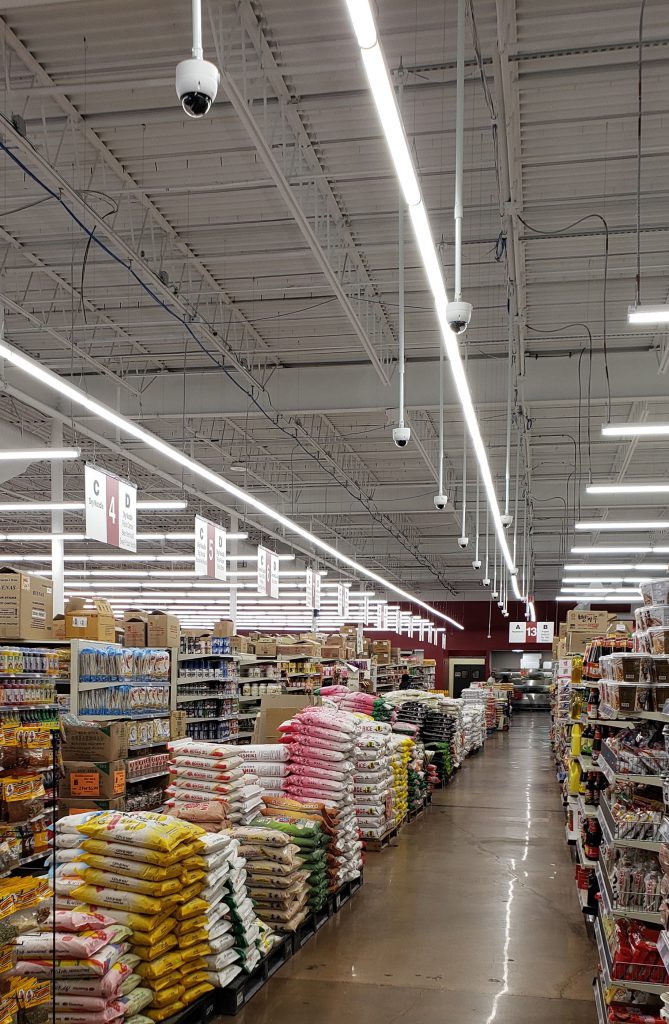 Video surveillance is a must-have for any retail environment, both to deter against theft and to ensure the integrity of Point of Sale (POS) transactions. Shrewd retailers will quickly realize that their video surveillance system gives them a greater return on investment when used for day-to-day operations in addition to security.

Show Me the Value

Dahua is showing retail owners in Missouri the value of video surveillance in reviewing employee activity, investigating customer complaints, and other business operations.

At Osage County Guns in Wright City, Mo., the cameras in their shipping and receiving area have helped resolve customer disputes. “If a customer claims ‘I didn’t get this’ or ‘I got the wrong thing,’ I can easily search the footage and see video that tells me if we made a mistake or not,” remarked John Dawson, CTO. “We have caught employee mistakes and been able to address them very quickly, or the opposite, when a package was definitely there when a customer said it wasn’t.”

Joe Hayes, the owner of Hayes Home Security and the systems integrator who installed the cameras at Osage County Guns, praised the high-resolution images from the 4MP, 2.8 mm, ePoE eyeball cameras (N44CG52) strategically placed over the shipping counters. “John can actually see what’s going in the box and what’s coming out of the box,” he said. They are also using Dahua access control products: the standalone fingerprint controller (ASI1212D) so employees can easily gain entry, and the IP residential outdoor station (DHI-VTO2000A) for remote video verification. 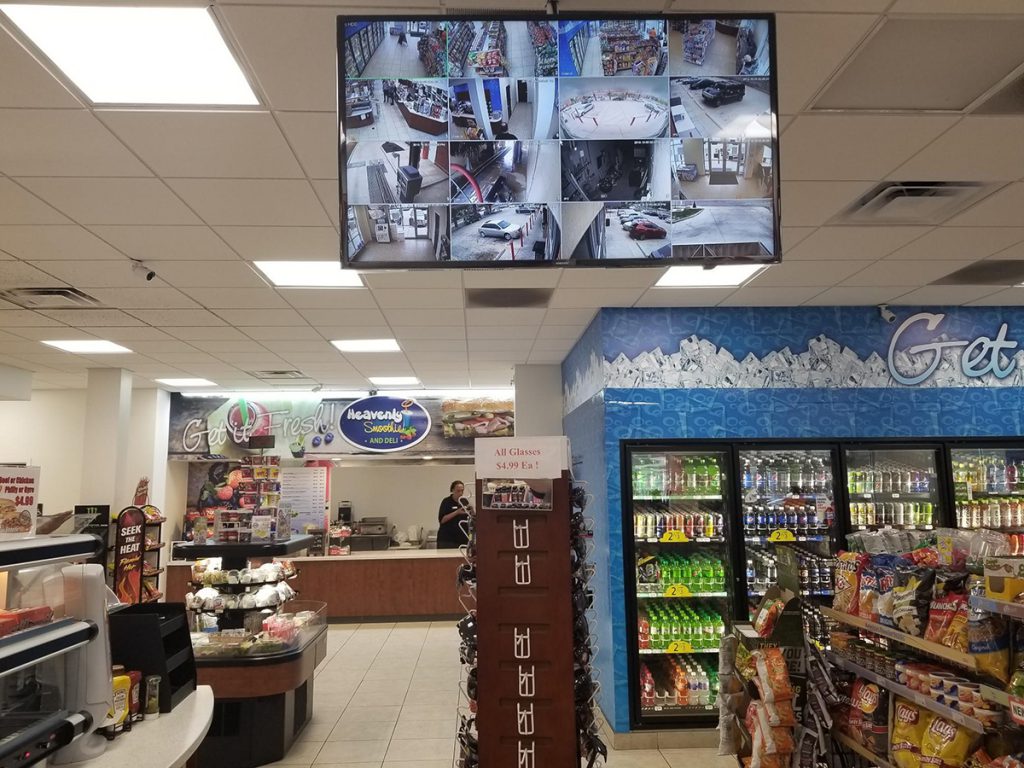 Rick Hollenbeck, Sales Technician at Belleville, Ill.’s Compu-Type IT, installed over thirty cameras in Pan Asia supermarket in Manchester, Mo., including the 5MP, 2.8mm, IP mini dome (N51BL22). Ethan Lin, the store manager, finds the cameras useful for reviewing customer complaints at the POS. “If a customer says ‘I forgot to take something after I paid for it,’ we can check to see if actually left an item at the register, and if they did, what happened to it.”

At Lion Petroleum in St. Louis, manager Saad Rana manages inventory with the help of his security system. “We use the cameras to check stock on items,” he explained. Among the cameras installed at the gas station are the 12MP fisheye (NK8BR4), twelve 5MP mini bullet cameras (N51BD22), and six fixed-lens, ePoE, 4MP mini dome cameras (N44CL52). Together they provide broad situational awareness and high-resolution images that allow for easy identification of products on the shelves. “The iDMSS Plus mobile app is amazing,” he added.

Mind the Store – From Home

Dahua’s apps were cited again and again as a benefit of using Dahua cameras in a retail environment. The SmartPSS (for Windows), iDMSS (for iOS), and gDMSS (for Android) apps let busy store owners and managers keep tabs on what’s happening in the shop without having to be physically present.

After hours, if a door alarm goes off at Pan Asia and the alarm company calls Lin, he simply opens the app on his phone to see what’s happening in the store. “If I didn’t have that ability,” he said, “they might send the police over when there was nothing wrong. Sometimes there’s something moving inside the store that causes a false alarm.” He appreciates the reliability of his surveillance system and its low latency. “There’s no delay in the live view,” he noted. 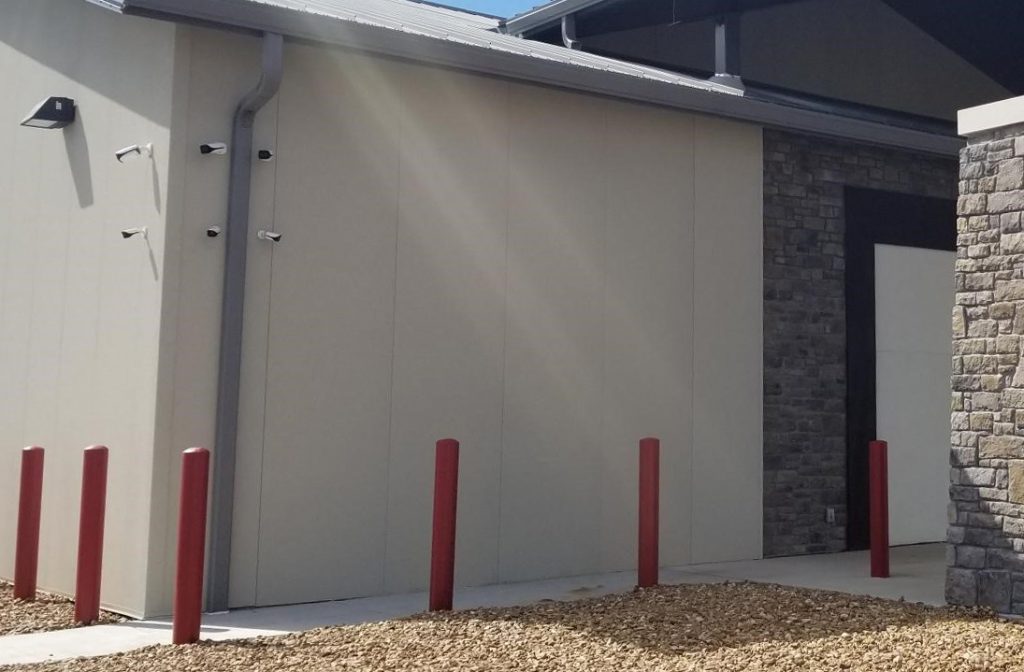 Dawson also observed the high amount of “visibility and control” he has with the iDMSS app. He likes to check in at closing time and use his phone to turn the store lights off for the employees “to make sure they know that somebody’s watching,” he said genially.

Rana attested that local detectives have found the Dahua surveillance system to be very useful for forensic purposes. “The system quality is better than with any cameras we have ever had. They are user-friendly.” The 4K 32-channel NVR (DHI-NVR6A08-32-4KS2) “makes it easy to do playback and investigation.”

Dawson was once approached by a detective who was hoping that the cameras on the exterior of Osage County Guns had covered an incident at the gas station across the street. Indeed, Dahua’s 4MP, 3.6mm, ePoE mini bullet (N44CB33) had captured the needed footage from 200-300 feet away.

“Why We Choose Dahua”

Overall, the reliability, affordability, and return on investment of Dahua products make them well-suited for retail applications. Hollenbeck chooses Dahua products because they’re reliable.  “They are rock-solid little units,” he says. “The worst call you can get is ‘It quit working and I need the video.’ With Dahua that doesn’t happen.”

Bader Qureini, the owner of Star Electronics in Kansas City, Kansas, didn’t hesitate when he explained why he chose Dahua products for Lion Petroleum. “I put my trust in Dahua Technology products. Their superior quality and the ease of use they offer my clients are most important. That is why we choose Dahua.”