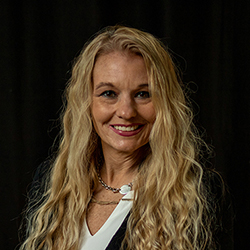 Proactive video monitoring takes an active approach toward preventing security incidents rather than just capturing footage of them. Our new Three-in-One Camera (TiOC) uses analytics at the edge to provide three different ways to deter unwanted incidents before they occur.

What is Passive Video Surveillance?

Using illumination, bi-directional audio, and a siren, the TiOC uses three distinct actions to stop an intruder in their tracks. The AI functionality of Smart Illumination ensures that the scene is lit based on the user’s security needs. Smart Motion Detection (SMD)+ lets the camera distinguish between human activity, vehicle motion, and other kinds of motion, which Is important for reducing false alarms.

Three different illumination modes let users choose the lighting that best suits the scenario. With white-light mode, white-light illuminators turn on once the scene darkens to the point where the camera could no longer render high quality video without lighting. They stay on all night and turn off once the amount of ambient light sufficiently increases. This function allows the camera to record full-color video around the clock. This mode is best if the application scenario is very dark without much ambient lighting or if the user wants to incorporate the white light as a deterrent in and of itself.

In IR (infrared) mode, IR illuminators turn on instead of white-light illuminators. IR is a good solution when less visible lighting is desired, when details in color aren’t as necessary, or when there is already sufficient ambient lighting in the area.

The Smart Dual Illumination Mode uses an AI algorithm for intelligent switching between IR and white-light illuminators. This leads to less light pollution, since the white-light mode is only turned on when triggered.

The TiOC can be configured to activate specific functions if motion is detected in a user-defined area. Flashing red, blue, or red and blue lights attract immediate attention. A live audio warning — either a siren, a pre-recorded message, or a command from a security operator via the camera’s speaker — sends an unmistakable message to an intruder that they have been detected. The dual microphone allows the security operator to listen to whoever is on the scene and better assess the situation.

The TiOC is the leading edge of proactive video monitoring since it gives users multiple ways to take action before a security incident occurs. Using intelligent video analytics, it identifies potential intruders and deters potential criminal activity when it detects unauthorized activity in a security setting.